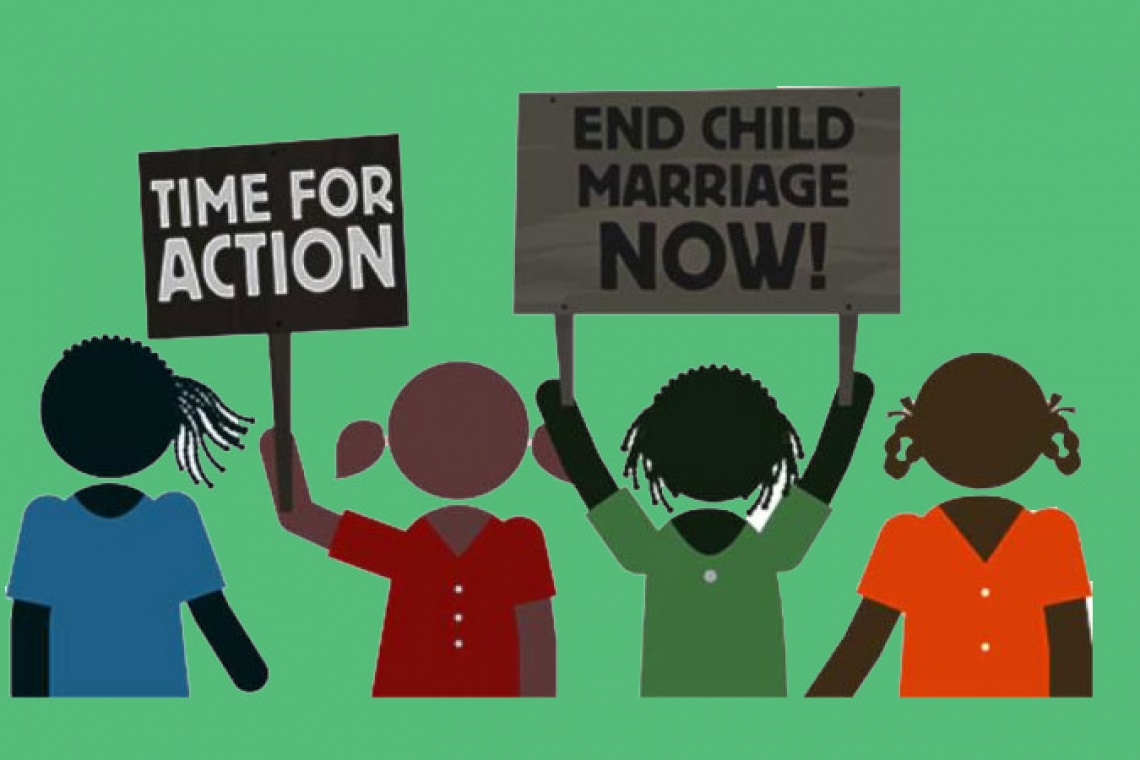 Khartoum, Sudan, 10 December 2015 - To invigorate national consciousness and action towards ending child marriage, the Government of the Republic of Sudan has now launched the AU Campaign to End Child Marriage in Africa. The Government also launched a National Strategy on ending child marriage which focuses on tackling the harmful practice and taking the fight to the communities where child marriage persists. The keynote speaker at the launch, Her Excellency, Mrs Widad Babiker, the First Lady of the Republic of Sudan, noted that “Child marriage is one of the most harmful and shameful traditional practice in our society that affects the lives of our girls and destroys their future. Children are our future and if we hope for a brighter tomorrow, we must strive to keep them safe.”

The First lady noted that Sudan has a high prevalence of child marriage and other harmful traditional practices like Female Genital Mutilation/Cutting (FGM). According to the National Council for Child Welfare, the prevalence of FGM is 65.4% and that of child marriage is 38% with high prevalence in conflict zone like Darfur where the prevalence of child marriage is around 57.4%. H.E. Mrs. Widad Babiker called on all Sudanese Ministries and local community to intensify their efforts to stand by the national campaign to end child marriage and facilitate a national dialogue between religious leaders, civil society organizations, local community’s leaders and lawyers to discuss the current laws and legislations regarding children rights and how they can be strengthened to enhance the empowerment of women and girls.

On behalf of the African Union Commission, H.E. Dr Mustapha Sidiki Kaloko, the AU Commissioner for Social Affairs congratulated the Government of Sudan on the bold step of launching the AU Campaign and a National strategy on ending Child marriage. He emphasized the need to ensure that the implementation of the national strategy trickles down to the community level and called on all stakeholders to collectively work towards guaranteeing that the campaign launch delivers the requisite change for young girls and adolescents.

The Republic of Sudan is the 10th African Nation to launch the AU Campaign to End Child Marriage in Africa. The Sudanese launch of campaign took place in Khartoum at the national police club highlighting the role of the police as key in enforcing laws and protecting the rights of girls and children. The event was also attended by Cabinet Ministers of the Republic of Sudan, the UNICEF Sudan Country Representative, The Executive Secretary of the Organization of African First Ladies against HIV/AIDS, UK AID and many Sudanese CSOs interested in women and children's rights.

About the AU Campaign to End Child Marriage in Africa:

The campaign was launched at the continental level in Addis Ababa, Ethiopia on 29 May, 2014, during the Conference of Ministers of Social Development. It aims at ending child marriage by: (i) supporting legal and policy actions in the protection and promotion of human rights, (ii) mobilizing continental awareness of the negative socio-economic impact of child marriage, (iii) building social movement and social mobilization at the grassroots and national levels; and (iv) increasing the capacity of non-state actors to undertake evidence based policy advocacy including the role of youth leadership through new media technology, monitoring and evaluation among others.